If you saw last week’s story here, you may be interested in it from a different viewpoint Click on View original post at the bottom to follow over to SERENDIPITY for the rest of the story.

All through senior year of high school, Eddie was telling everyone that he would be going on to college.  He had applied to a four-year university and to a “junior college” just in case he was not accepted or could not afford the university.  He received acceptance from both, a bit to his surprise, actually. While his parents, Edgar and Marge, were naturally quite pleased at Eddie’s acceptance, they advised him almost immediately that there was little they could do to help with the costs of college.  The best they could do was to allow him to continue to live at home for free and could not do much more. 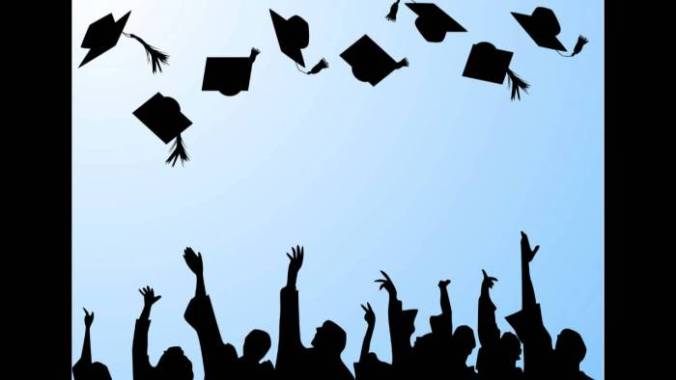 Eddie got a part-time job in the last semester of high school and a full-time job after graduation.  His parents would not co-sign on a loan for the university and showed great reluctance to…

Will all of these characters take pride in the event described here? What is the reaction of one of them when a certain picture gets posted to social media? To read this Pride Month short story, click View original post at the bottom to head over to SERENDIPITY.

When Eddie went into the army, Marge and her husband Edgar decided to leave the Midwest and head for Arizona.  As each year had past, Edgar found the winters increasingly difficult and the summers impossible.  When the spring and fall brought allergies on and the summer humidity brought breathing difficulty, the decision was easy.  It was time to go south.

Marge received a transfer to a Mesa, Arizona store and Edgar was sure he would find work if only he could breathe easier.  They took their daughter with them, although she had reached 21 years of age.  She did not know what she wanted to do in life and a change of location seemed like a good idea.

Eddie had worked for two years after high school and then decided the army would be his best start in life.  After the army, he would use… More than a few of my friends may be clutching their hearts and falling over, actually.  I did not mean to lead you down the road to heart attack.  An issue that does not impact your life one bit should not worry you so much.  I know you did not expect me to be so blunt in my approach, but I have given it a bit of thought.  This even surprises me, because the issue does not affect my life.  There are no male suitors, to be sure, and while Brad Pitt and a million bucks up front might be tempting, I seriously believe I am not walking down that aisle.  So why would I change my position when I have generally been indifferent to the whole matter in the past?

The legislature of the Great Bankrupt State of Illinois has adjourned without taking a vote on gay marriage.  It was expected to be called for a vote with a good chance of passing.  Perhaps the votes were not there or perhaps, like the group in the District of Columbia, they were moved to inaction on just about everything.  Whatever the excuse, we have delayed moving forward on this.  When the issue was generating interest, however, the opposition consistently fell back on one major point: “The Bible is against it.”

The arguments against gay marriage are religious arguments, put forth mostly by Christians.  I have been told by a Muslim friend who follows Islam, that gay marriage is unacceptable in their culture as well.  Even so, the objections are based on what certain groups of religions believe.  There is no other reason put forward.  As the Supreme Court is likely to come down on the side of separation of church and state, what follows is that religious arguments offer no valid support of DOMA.  In addition, misquoted Bible passages are no defense to a Defense of Marriage Act that creates separate and unequal classes.  We already know what the Supreme Court and Constitutional scholars think of that.

So there is no defense for the 1996 law.  In an era where who is married is the same as who and what the individual states recognize, each state will have to wrestle with the issue in its own capital.  If all they have to offer the general public are a collection of dubious statements based on alleged readings of poorly translated texts of ancient languages, then I think we have no reasonable opposing point of view.  The state will have to decide separately from its various religions that there is no rationale for us to concern ourselves with who loves whom.  Just as surely as the state has no interest in what sex acts are going on in the home of a man and woman, they should equally be unconcerned with any two law-abiding people who love each other in the privacy of their homes.

You may respond, “They are committing sin and they will go to Hell!”  OK, but you do not stop people from gossiping, another stoning offense, and you do not generally interfere with adultery where no civil law is broken, so why do you pretend to care about gay marriage?    Leviticus 19:28 forbids tattoos but I see no legislative action to shut tattoo parlors.  Marriage after divorce is adultery and women should not speak in church, but little is done about these “offenses.”

I do not pretend to speak for God, so I wish my legislators, in the spirit of the separation of church and state, would stop doing so as well.  Promoting the general welfare of society is not brought further along by twisting Bible passages to suit someone’s personal moral agenda.  At one time the concept that some were pushing a “gay agenda” became so twisted that the term ended up a punch line.  A hateful “moral agenda” will be a sad punchline too.  The recent work of three university scholars on the various types of marriage, that are acceptable in ancient Biblical text but not allowed today, may be found in a recent Des Moines Register op-ed piece that garnered plenty of hate in reaction.  It indicates that people only want to hear what they want to hear and please do not read them Bible passages that do not go along with their Rush Limbaugh / Glen Beck way of thinking.

You are now free to go forth and do what you will in the privacy of your own home.  OK, you would do that anyway and none of the rest of us would be any the wiser.  I must leave and attend to my friends who are having heart palpitations, or perhaps it is just a cholesterol reaction to the extra chicken wings and french fries.