You may still be hiding out at home due to the pandemic, so you will need a list of quality movies. If you have not seen these yet, we highly recommend you give them a try. This list appeared last year mid-pandemic on SERENDIPITY (teepee12.com).

My personal top 20, by Rich Paschall

Since you are likely hiding out at home and looking for something to do, I offer again my top films for you to watch. Yes, I said at the beginning “films all guys should see”, but a lot of gals will enjoy these as well. They are examples of solid filmmaking with strong casts. If you don’t own a copy, you can likely order them online. 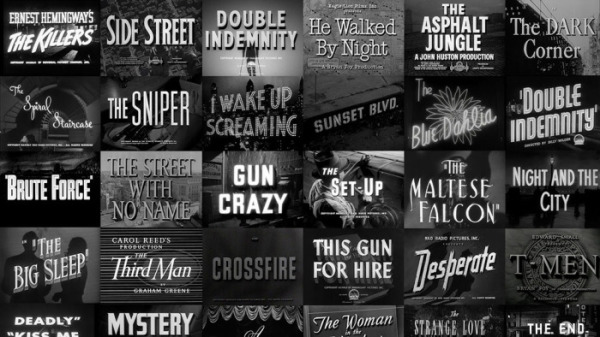 These movies are the opposite of “chick flicks.”  You know what I mean, the romantic comedies starring Sandra Bullock or Reese Witherspoon, Jennifer Lopez, or Zac Efron.  You may have to see those as a consequence of the long tradition of “date nights,” but let us move onto something with a little more substance. If your “date” does not want to watch any of the movies listed below, go to another room.

There could be hundreds of good films for this list.  The heroes are strong, the action is intense, the dialogue is smart and every guy in the theater (or living room) would like to be the leading man of the story.  They speak not only of good versus evil or right versus wrong, but they also include noble intentions… most of the time anyway.

Since I had to stick with movies I have seen, the list will probably date me to a time when I went to the movie theater more often.  A few of these I have only seen at home, but on a much larger television than when I was young.  Whether you are a Citizen Kane or a Raging Bull, it will be a Bad Day At Black Rock if you do not see all of these.  I normally do a top ten but I could not fit The Great Escape on the list and M.A.S.H. them down to 10.  It may not yet be High Noon, but it is time for the list. 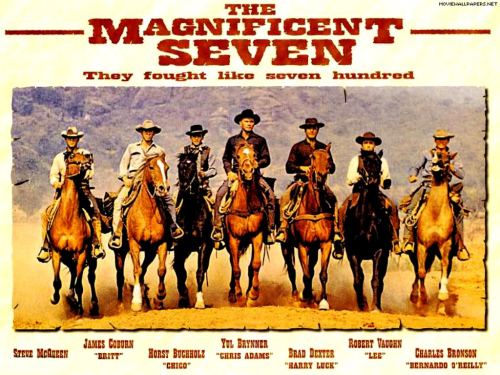 20.  The Magnificent Seven. An outstanding remake of the Japanese classic The Seven Samurai, but set in the old West
19.  Dirty Harry. “I know what you’re thinking.”  This movie contains some of the greatest film quotes of all time.
18.  On The Waterfront. Marlon Brando could have been a contender. In fact, he won an Oscar.
17.  Patton.  George C. Scott will scare the heck out of you as the American General and war hero.
16.  Von Ryan’s Express.  A mesmerizing performance by Frank Sinatra trying to lead his troops to safety.
15.  Rocky.  Admit it, you love it.  It is a triumph of the spirit.  The sequels … not so much.
14.  Run Silent, Run Deep.  Burt Lancaster and Clark Gable face intrigue and insurrection on a submarine.
13.  The Bridge on the River Kwai.  Alec Guinness was the noble British officer forced to build a bridge with his fellow prisoners.  And the Oscar goes to…
12. The French Connection.  New York, France, drugs, car chases, cops, and the perfect cast.  An Academy Award winner.
11. The Good, The Bad and the Ugly. Il Buono, il Brutto, il Cattivo. The ultimate “Spaghetti Western.”

10.  Dr. No.  Bond, James Bond  If it is not exactly what Ian Fleming had in mind for his spy hero, it is nonetheless a great start to the ongoing series of action-adventure movies.  If it were not for Sean Connery, would this series have gone very far? 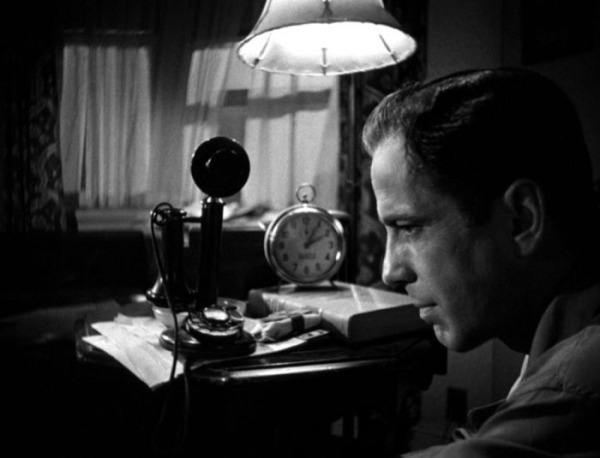 09.  The Maltese Falcon.  Humphrey Bogart plays the detective who hunts down those responsible for the death of his partner.  It’s an odd speech he gives to Mary Astor at the end, but the final scene remains a classic.

08.  North by Northwest.  Cary Grant is forced to find the killer of an official at the United Nations.  The cross-country thriller is one of the finest works of director Alfred Hitchcock.

07.  Cool Hand Luke.  Paul Newman is a hero of another kind in the 1967 prison movie which earned an academy award for George Kennedy.

06.  Glory.  I loved Matthew Broderick in a number of lightweight movies, but here he rises to the dramatic occasion as the young officer who leads a troop of black soldiers into battle during the Civil War.  Denzel Washington and Morgan Freeman also head the stellar cast.

05.  12 Angry Men.  One room, 12 men, one case, all dialogue.  Henry Fonda leads the powerful cast as the hold-out jury member who is not convinced of one boy’s guilt.  The confined setting adds to the unfolding tension.

04.  Jaws.  This movie made a lot of people afraid to go into the water.  Three unlikely people (Robert Shaw, Roy Scheider, and Richard Dreyfuss) go shark hunting in this 1975 thriller, directed by Steven Spielberg.

03.  In The Heat Of The Night.  Sydney Poitier commands the screen as the Philadelphia detective in the wrong place in the South. Rod Steiger is the ultimate racist southern sheriff.  The movie should make you squirm just a bit (or a lot) no matter what side of the color line you are on.  This is way beyond the sanitized television series and an important movie in 1967.

02.  The Godfather.  While some will not agree, I find this the best of the trilogy.  Marlon Brando is the Godfather, the Italian don, head of the crime family.  The 1972 film is a movie you can not refuse.

01.  Casablanca.  If you did not know this was coming, you have not been following me for very long.  It may be Casablanca, but we’ll always have Paris.  Humphrey Bogart, Ingrid Bergman, Paul Henreid, Claude Rains, Sydney Greenstreet, Peter Lorre and a supporting cast that looks like they belong in the French Moroccan city.

Find trailers for the top 10 here on my YouTube channel.