Most of us made New Year’s resolutions.  Some of us have already broken them.  Perhaps they were meant to be broken sooner than later anyway.  Here are my thoughts on the topic that do not seem to change from year to year: 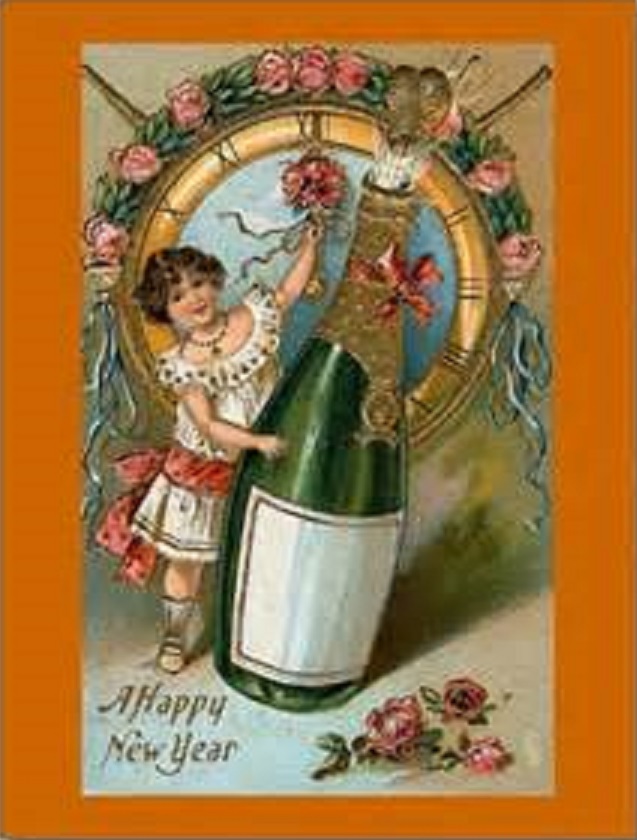 Everyone is expected to make resolutions. As people go around asking one another about them, they create a societal group pressure for each one of us to resolve to do something.  It is a sort of “I’ll tell you mine if you tell me yours” game. Newspaper and magazine articles will discuss this at the end of one year and into the beginning of the next. Radio and television stations may dispatch crews to the shopping malls and “city sidewalks, busy sidewalks, dressed in holiday style.” Sorry, that was a momentary flashback. Anyway, the question persists each year at this time. “What are your New Year’s resolutions?”

When nosey Aunt Bertha tells you her resolution is to go on a diet, and then asks you what your resolution is, you will probably be compelled to say something other than she actually needs the diet. So you trot out some of the better clichés and offer up some ideas. You may wish to say that you are going to go on a diet too, even though you are not the one needing to drop 50 pounds. You can say that you are going to give up smoking. That will work whether you smoke or not. It is particularly effective on people who only know you casually. How do they know you are not out in the garage in 10 degree weather smoking like a Christmas night fireplace? You could resolve not to drink until St Patrick’s Day, but there are the birthday parties, anniversaries, dreadful family events and of course more Bowl games to watch. When the NFL play-off games are finally over, there is the biggest night of sports fueled drinking to contend with, the Super Bowl! It looks like you should leave the drinking resolution alone until Lent, unless you have resolved to enter a 12-step program.

New Year’s resolutions are not like those Catholics make at Lent, of course. We actually mean to keep our Lenten resolutions. Lent is a mini-sacrifice we accept and will actually work at. New Year’s resolutions are different since they are mostly just the things we tell people. Of course we should exercise more and stop super-sizing everything we get at fast food restaurants. If you passed 50 years of age it would be interesting to see if you could fit in some of your high school clothes again…OK, skip that, bad visual. You could resolve to take the stairs instead of the elevator. You could even resolve to ride your bike to work or jog or walk briskly. In our part of the country you would have to walk very briskly in order not to freeze your McMuffins off at this time of year.

There are a lot of things we could do, but we really are just saying them and have no deep desire to carry them through. In that way they are sort of like campaign promises. Trust me, whatever your duly elected representatives promised to do in the campaign, they have already forgotten and hope you have forgotten them too. Therefore, in the great tradition of American politics, whatever you promise Aunt Bertha you are going to do this year, you may feel free to discard as soon as you leave her dusty, doily filled apartment. In fact, the sooner you run from Aunt Bertha and her resolutions the better off you will be. The less lying you have to do, the better you will feel.

To show that I am going to take this often abused tradition seriously this year, here are a few of my resolutions. I resolve to be more the real me than the me I think I need to be at times (confused?), but sometimes discretion is the better option. I resolve to worry more about getting things right today and not to worry about the past at all. I should resolve to work harder at learning French and playing the guitar I bought a few years ago, but those are constant resolutions in the back of my mind anyway. Maybe I should just resolve to push them forward a little. I resolve to use this weekly column for more than “reblogs.”. Actually, there are so many things I have resolved to do in life that I already have to live to 103 to get them done. OK, that’s the best one. I will resolve to live to 103 and if my brain still functions, I will then make up a bucket list.